In 1977, Dinky released the USS Enterprise and also #357 the Klingon Battle Cruiser. It was the first Star Trek model releases that were manufactured from die-cast metal. Smaller miniature versions of both ships were released in 1979. The model fired ‘photon torpedo’ discs and had a detachable shuttle craft.

When left open the shuttle doors at the bottom of the secondary hull allowed the model to stand up.

The Dinky version was not particularly accurate with stubbier engines and a metal firing mechanism for the bridge but it had excellent play value. The shuttle craft on the actual U.S.S. Enterprise exited via doors at the back of the hull.

In her forty years of service and discovery, through upgrades and at least two refits, she took part in numerous first contacts, military engagements, and time-travels. She achieved her most lasting fame from a five-year mission (2265-2270) under the command of Captain James T. Kirk. The first TV series and subsequent two movies was based around this mission. 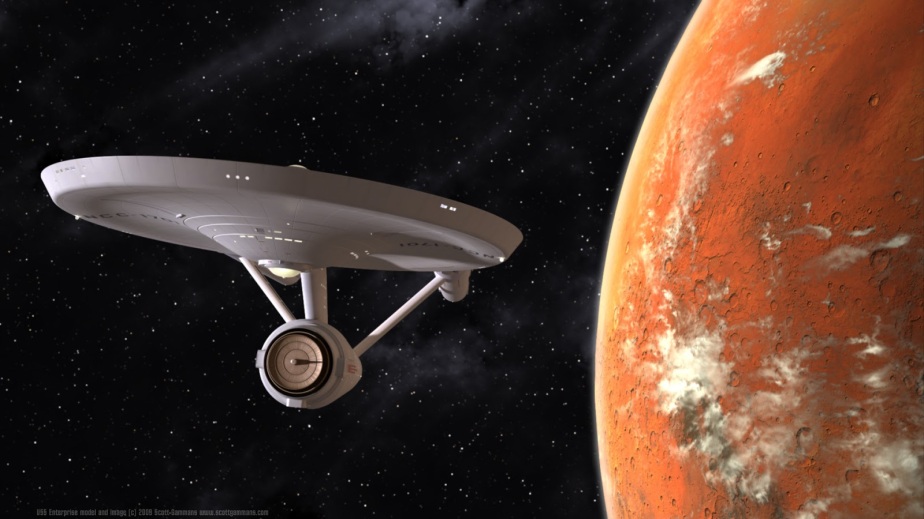 Star Trek, the original series) was an American science fiction television series created by Gene Roddenberry that follows the adventures of the starship USS Enterprise (NCC-1701) and its crew. 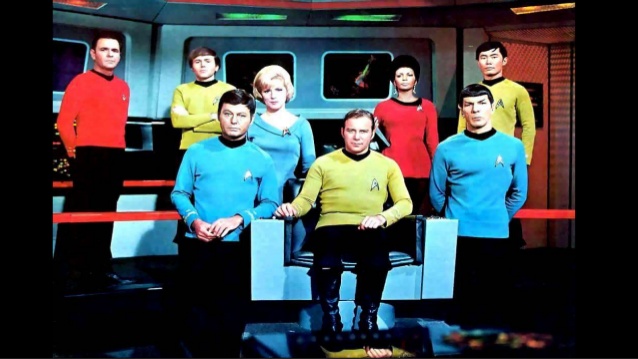 Space: the final frontier. These are the voyages of the starship Enterprise. Its five-year mission: to explore strange new worlds, to seek out new life and new civilizations, to boldly go where no man has gone before.

The series was produced from September 1966 to June 1969. It was canceled after three seasons and 79 episodes but years later, the series became a bona fide hit achieving cult classic status. Star Trek eventually spawned a franchise, consisting of five additional television series, thirteen feature films, numerous books, games, and toys, and is now widely considered one of the most popular and influential television series of all time.

Upon the bankruptcy of Meccano Dinky, competitor Corgi acquired the tooling dies and molds for the three-inch versions of the Star Trek models. It re-released them several times from 1982 to 1984 under the Corgi brand.

Dinky Toys U.S.S. Enterprise – A die-cast metal model of everyone’s favorite starship, with a truly dinky (Yeah, I said it.) shuttlecraft stored in the secondary hull, and which fired little orange discs from the front of the sauce

Had wordwide rights for a diecast metal toy

The main feature is the firing disks (I mean “torpedoes”). The ship comes with a bunch of little yellow disks that can be loaded into the saucer section. Turn the metal dial on top, and the disks fly out from an opening in front.

Yellow discs originally then white with change of box