In July 2020 I was sent pictures of a prototype or possibly a one-off special by Will, whose Uncle Eddie worked for Dinky in the late 60’s and early 70’s.  He gave Will a new version of the Shado 2 Mobile in 1976, which had a radar dish in place of the firing rocket, although they both had the same base. The radar could flip in and out of the roof just like the rocket. 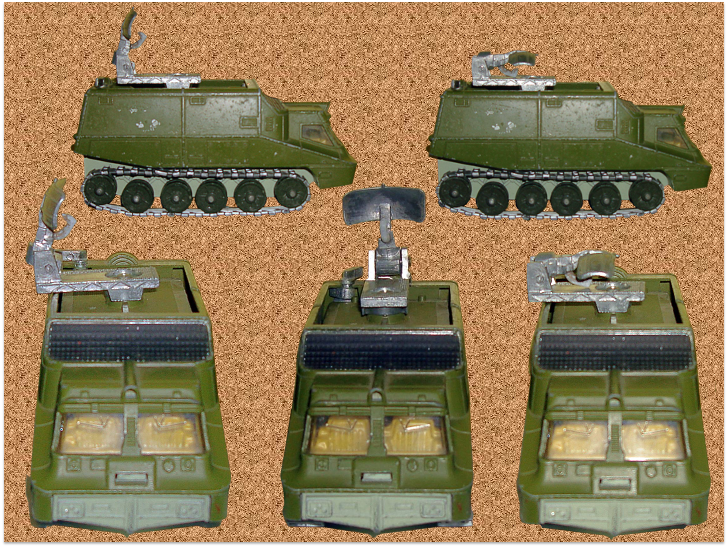 There was an immediate and positive reaction from this site’s loyal  and knowledgeable following. This model had been rumoured to exist but now there was a photograph. Will’s Uncle provided instructions on how he had made this – see below

.. get your radar dome and file one side until its a very tight fit between the arms, then STOP!! step 2, you need to make a friction plate to go between the arm and the radar dome, if your have the 696 AA TANK take apart the turret and inside you will see a metal spring strip he said you need to remove it and use it to make a friction plate as on one end it has the perfect size hole, once removed cut carefully above the hole about 2 or 3 mm..the other end trim but leave enough of it to grip it as you will have to do some test fittings.. now take the friction plate and try and gently side it between the arm and the radar dome, if its to tight file ever so slightly then try again when you file you must have the touch of an angel do to much and its ruined.. “remember it has to be a tight fit to work” when you think you can slide it in and the holes line up insert the rivet and try to raise and lower the dome, you must be able to do it with one finger, if to tight take apart and gentle file remember touch of an angel, then try again.. if you do it right then you should be able to raise and lower just using your index finger.. then to make sure put in lower position and turn it upside down if the dome doesn’t move you have done it.. now take it all apart again and trim the friction plate so it matches the side of the arm and then reinstall if you can use the old dinky rivet even better.. once in place you should not be able to see the friction plate and you will have a perfect working radar dome.

There are other methodologies of course but you do need the radar from a 696 Leopard Anti-Aircraft Tank or an accurate replica of the part. 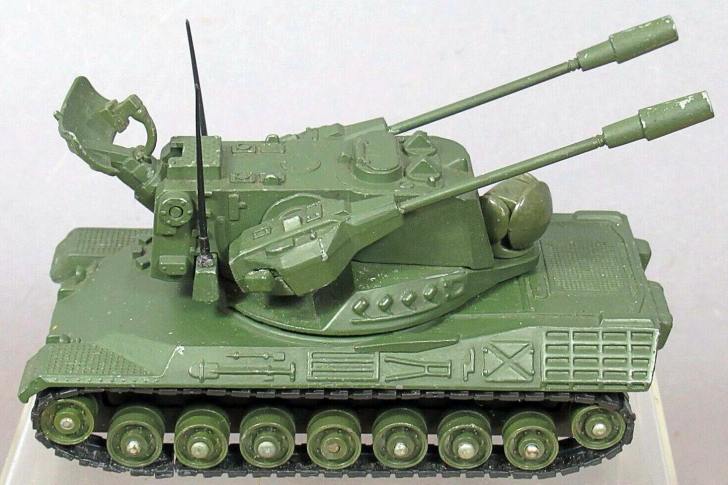 Our intrepid modellers then got to work and then kindly sent in photos of their Code 3 reproductions, all as you can see made to a high standard and faithful to the original (well apart from the colour in a couple of cases but why not!). If you are tempted to make your own version of the Shado Control please do send in pictures to share with us via dcmtvspace@virginmedia.com