The Coastguard Amphibious Missile Launch 674 was produced between 1976 or 1977 and 1978 depending on your source. It was derived, as was the 602 Armoured Command Car, from the never transmitted ‘The Investigators’ TV series produced by Gerry Anderson in 1973. The pilot programme is available on DVD. 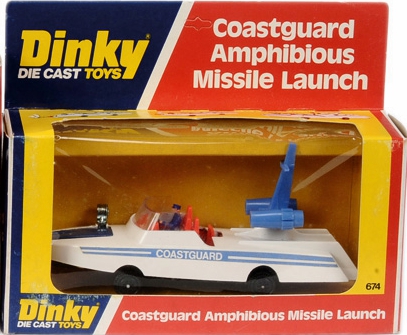 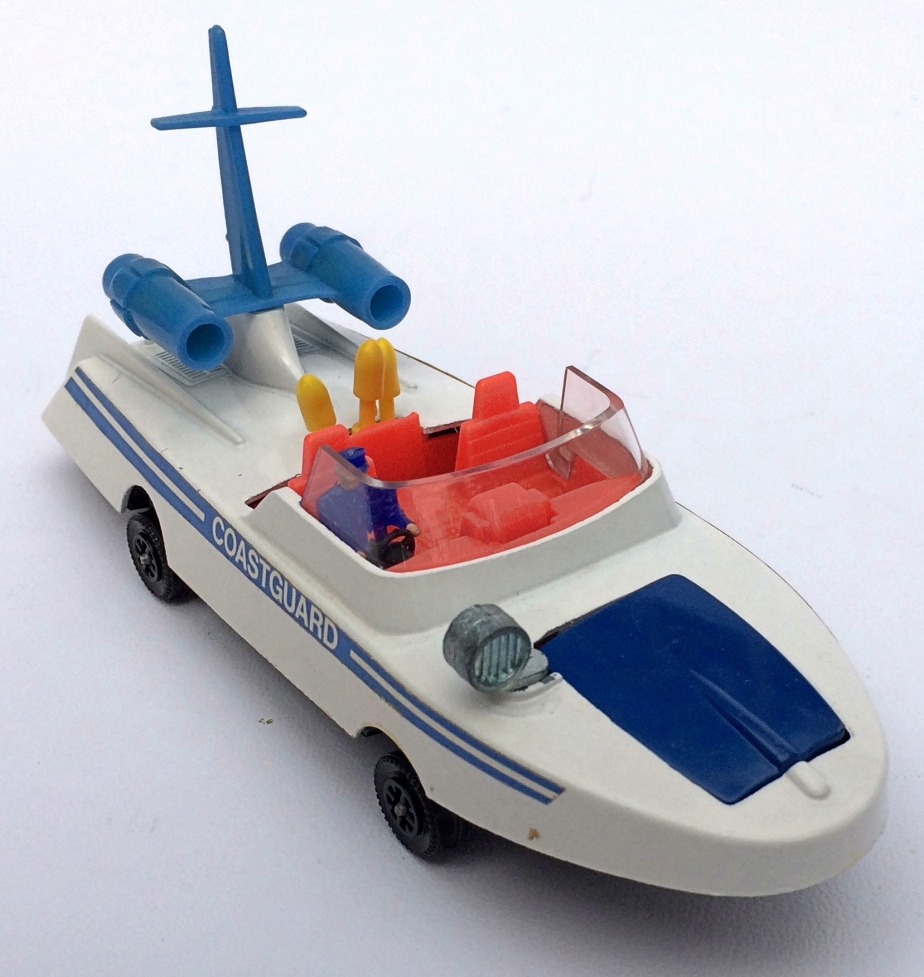 The launch came equipped with a rocket launcher, activated by twisting the searchlight around, and three rockets, two of which could be stored behind the pilots seat. The missiles were the same as used on the 691 Alvis Striker vehicle.

Underneath the red seats and out of sight was the givaway Investigator Boat marking.

The design was based on Reg Hill’s (Gerry Anderson Productions) spy boat for John and Julie the marionette stars of The Investigator.

As with 602 it seems that Dinky were trying to get ahead of production of the TV series to ensure their models would be ready as soon as the TV programme aired which of course never happened so after waiting for a time they were re-invented as different concepts.

The Dinky model had twin rocket engines, a swivelling rocket launcher at the front which came with 3 missiles and a customs officer in the driving seat.

The actual prop was on display at the House on the Hill museum in Stanstead Monfichet in Essex U.K. Note the wheels that allowed the craft to travel on land and water withe the Investigator Car. Both have now been sold.

The prop for the TV series was yellow and white with a red mast and chromed engines and did not appear to have any weapons. Dinky changed the colours to blue and white with red seats, kept the mast and engines but these were now blue and added a missile launcher. 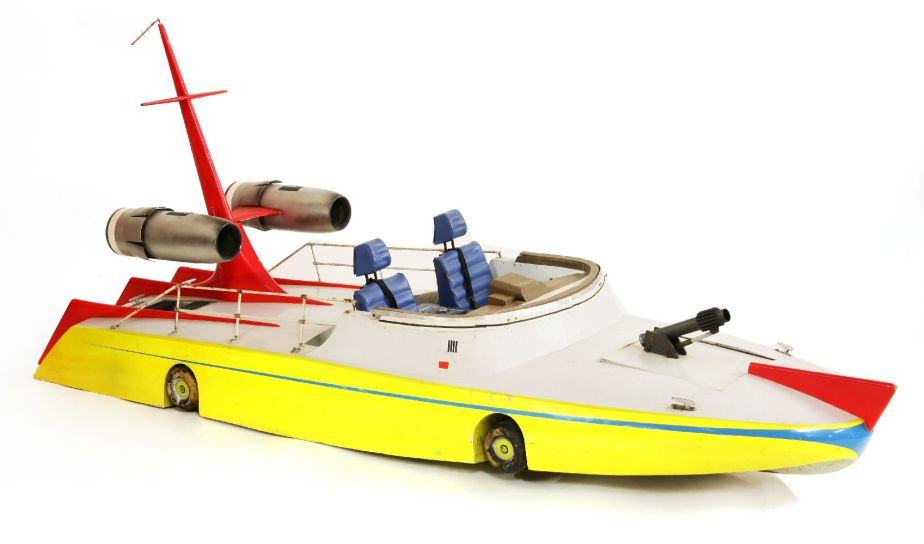 There are no known variations to the model or the box. There are a number of Code 3 variants available which show how the model may have turned out had the TV series been commissioned.

A prototype was sold on Vectis Auctions for £130, this was painted in yellow

The Launch was only available in a window box.

The first appearance of the Coastguard Launch was in the 1977 trade catalogue.