When the Binns Road factory closed on November 30th 1979 it was a surprise to most of the management and the workers. Even up to the day of closure many new models were at various stages of the production process and some were even featured in the 1980 Dinky Trade Catalogue.

These were small, simple metal and plastic formed space vehicles, sold on card blister packs at ‘pocket money’ prices. A few samples were made in 1979 but never formerly commercially released. However from time to time, what look like production models or salesmen’s samples come up for sale.

This model was sold on eBay in February 2019. It appears to be the 811 Command Vehicle, although in a different colour. 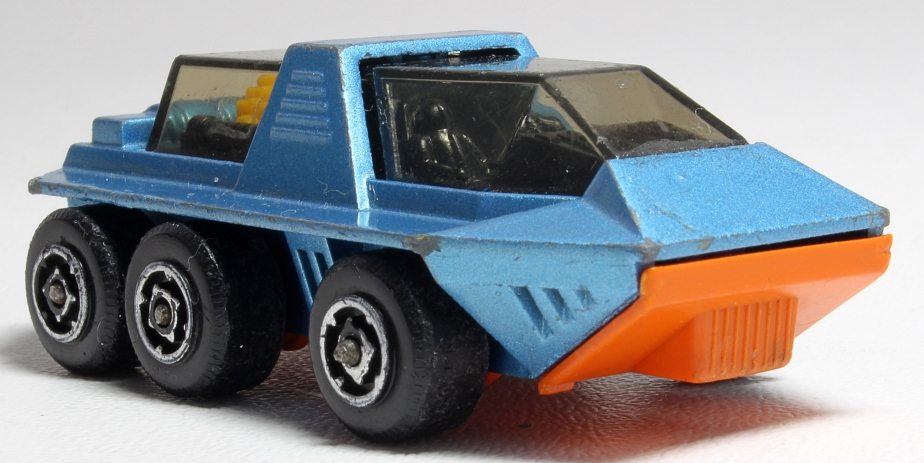 A Starchaser was sold at auction in 2019 and labelled number 814.  The 1980 catalogue 814 version had a ‘solar camera’ but this model had a crane. The Earls Court trade show leaflet did feature a Starchaser with a crane but that one was painted orange. 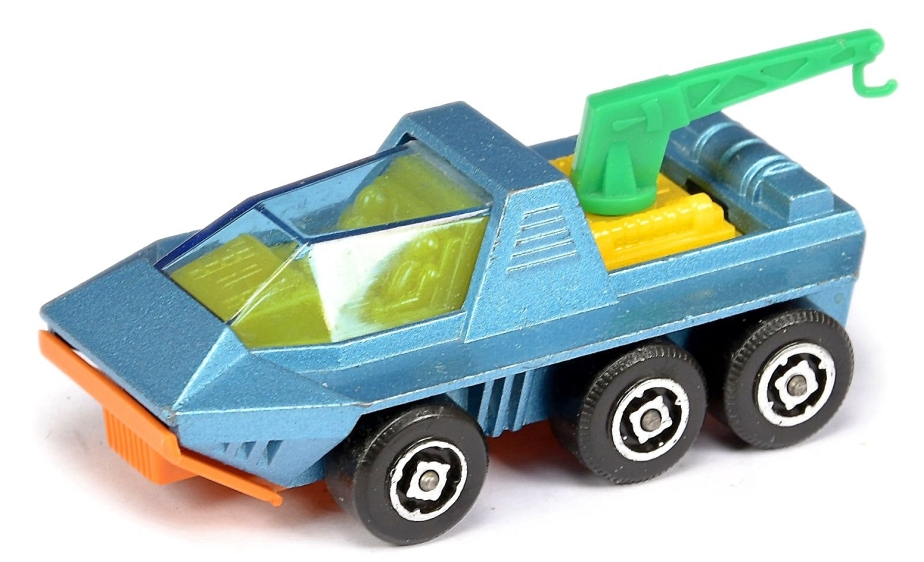 The 1980 trade catalogue featured models that were mostly different to those advertised in the 1980 Earls Court Toy Fair so if seems that the final designs were fluid, not surprising as Dinky Toys was in free-fall at the time.

These models complemented the mini Star Trek models 803 USS Enterprise and the 804 Klingon Cruiser, released in 1980, which were of a similar size and course the Star Chasers did not require licensing.

From time to come Star Chasers come up at auction and the models below were sold by Vectis, in 2007 and 2008.

The Star Chaser prototypes were exhibited at the 1980 Earls Court toy show on the Moonscape below.

The Fire Star Cosmic raider also made it to the unpublished 1980 UK consumer catalogue and was given the number 999. For the first time and in response to the ever more sophisticated competition, the model featured electronic sound F/X and lighting.

Another prototype that featured in the 1980 UK Catalogue was the Scorpion Space Vehicle given the catalogue number ‘365’.

The rocket and firing mechanism were Meccano parts.

This is a factory picture taken from a collection of photo negatives produced by a commercial photographer employed by Meccano Dinky in Liverpool during the 1970s, for magazine and promotional material work. The negative envelope was marked Dinky 801 model Dec 79. In this image it is missing its front legs. The ‘C1770’ section is possibly a battery mock up indicating the model may have had electronic features similar to the Firestar Cosmic Raider.

Pre-production copies of the 1980 UK Trade catalogue show a picture of  the #801 Space fighter, which now has its front legs, the #365 Scorpion Space Vehicle and as as yet unidentified model.