Dinky’s future in the late 70’s was looking bleak and they turned to producing relatively cheap models that would appeal to children. As the space race continued, space toys were in vogue at this time and during this period the company released a number of models in the genre. The Space Battle Cruiser was the first model in a range of Dinky ‘imagined space toys’. In 1979 it morphed into Mark and Spencers’ Cosmic Cruiser which became then Dinky’s 368  Zygon Marauder. 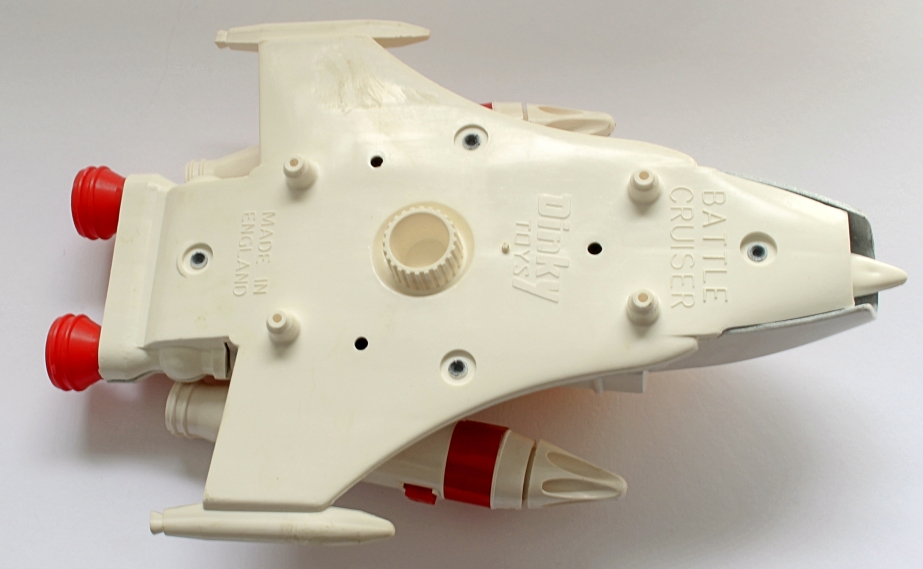 The background to the model’s creation is disputed. One version states that ‘Starcruiser’ was a Gerry Anderson proposition for a half-hour, live action series for the CBS channel in America. Several Starcruiser ‘prototypes’ were built by Martin Bower, an experienced model-maker, who had entered the professional effects field on Space:1999

Another version, in Starlog Magazine #21, Gerry Anderson explained that he had realised that the space vehicles for his TV programmes such as UFO and Space 1999 provided successful merchandising even in TV regions where the shows did not appear. Children and even adults  clearly had a fascination for unique space vehicles, even with no TV tie-in and so ‘Starcruiser 1’ was invented.

Whatever the actual story, Starcruiser appeared as a comic strip in Look In magazine in 1977 and Airfix kits of Starcruiser 1 (1978) and the Starcruiser Interceptor (1981) were produced.  The 367 Space Battle Cruiser has a close resemblance to the latter kit.

Its also possible that, as at the time, Airfix owned Dinky, they may well have shared model design ideas. Both Airfix and Dinky were in financial trouble and so any licensing costs would want to have been avoided so the Dinky model was then given a generic name. The detachable interceptor at the top of this craft was therefore a possible source for the 367 Space Battle Cruiser.

Space fiction is taken to new dimensions with this exciting four-in-one kit. A multi-mission spaceship, Starcruiser can operate as an independent self-contained unit, having as it does, a reconnaissance pod, an interceptor, an attack unit and a command base, each one detachable and capable of being used separately. All these are in the kit making play and diorama situations almost limitless. Starcruiser is a new concept combining the experience of Sci-fi originator Gerry Anderson and the expertise of Airfix designers.

Whilst ads for the product stated:

The Starcruiser I is an exciting modular space exploration vehicle, the Flagship of the USAirfix Space Fleet © Copyright Gerry Anderson Marketing Ltd. 1978 There were minor variants to the model with different coloured cockpits and engine covers. There were at least 4 coloured canopies/engine covers; mid-blue/light blue/grey and yellow which was the rarest and for European export.

This is a resin prototype possibly used in the 1978 UK Trade catalogue. Note the black missiles, white engines and blue moulded pilot. Also the prototype, the box and catalogue images omit the wingtip missiles which seem to have been an afterthought. 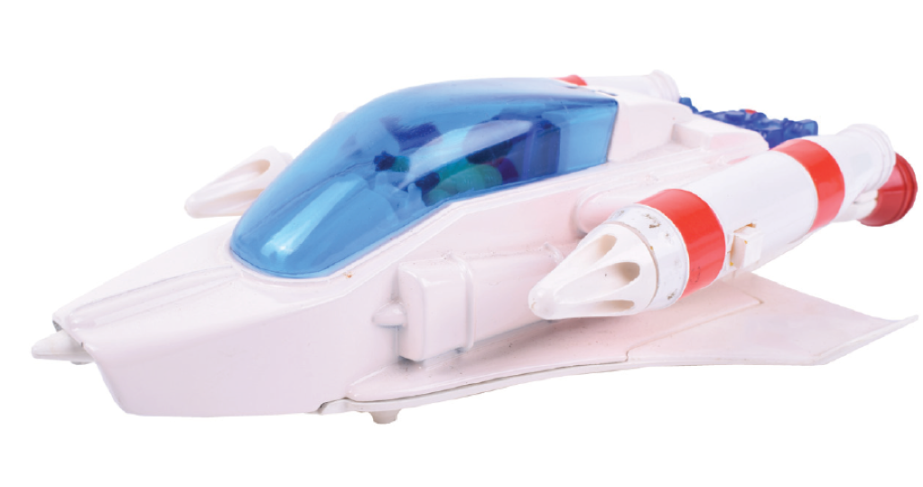 The first boxes had a ‘New’ label on the front, the last versions omitted this.

The Space Battle Cruiser appeared in the 1978 Trade catalogue and the 1979 Consumer catalogue. The model was replaced by the 368 Zygon Marauder, part of the Zygon range of space vehicles also introduced in 1979.