A matt green variant of the first version, with a riveted base, of the 101 Thunderbird 2 has been sold on eBay for £549 ($670). According to the seller it was purchased new in 1967 and then stored carefully until its sale on August 31st 2019. There is an FAO Schwarz (a well known New York toy store) price sticker for $18.69 on the box. 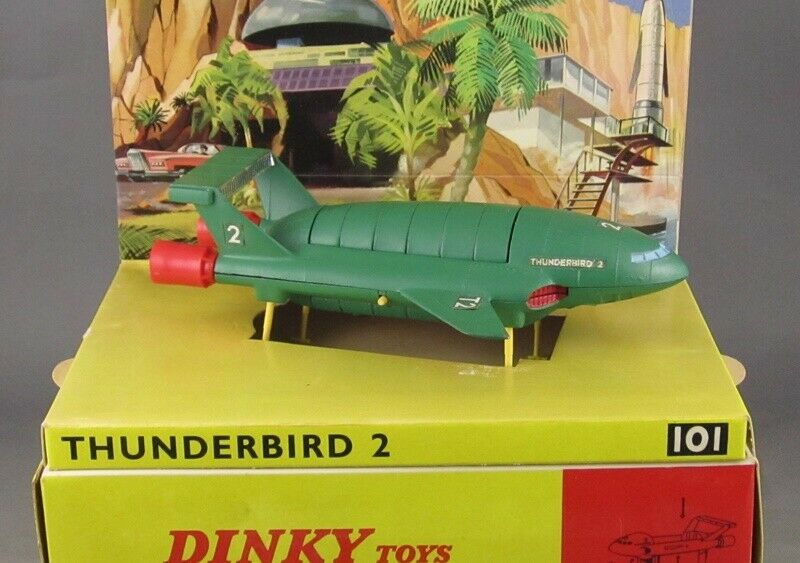 A change of paint finish for a model on its first production run is unusual especially as the riveted base version was only sold for a year before the rivets were replaced with screws to enable easier repairs of the thin yellow legs that were very prone to breaking under normal play use.

Has anybody out there got a similar variant? Would love to hear from you and see some pictures.