The model was issued in 1967 and deleted in 1969,  it was not a good seller. Because of its rarity it’s one of the most expensive Dinkys to purchase today. 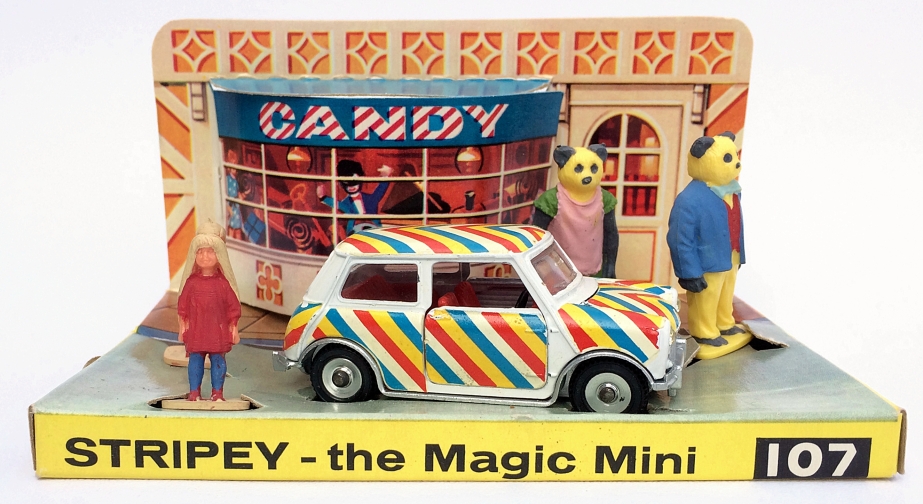 The Magic Mini was based on the 183 Morris Mini Minor (automatic) first produced in 1966. The model featured an opening bonnet, two opening doors and seats that could fold forward, to let the rear passengers in. 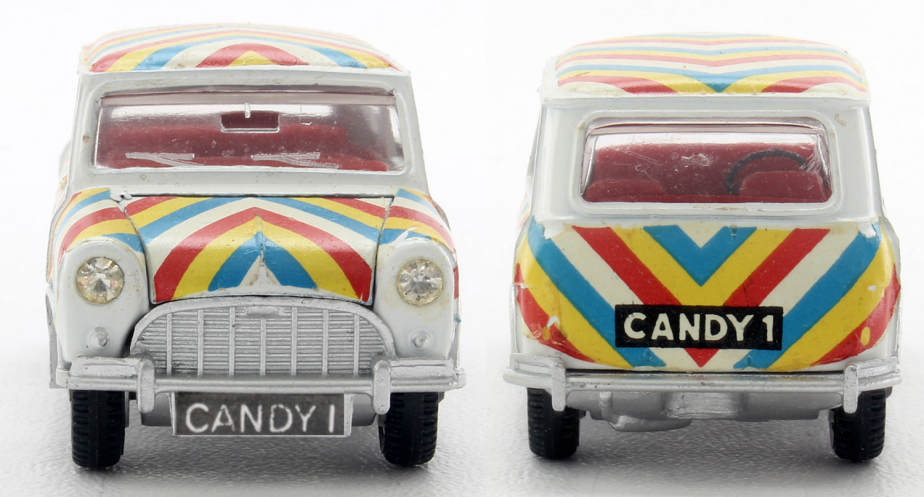 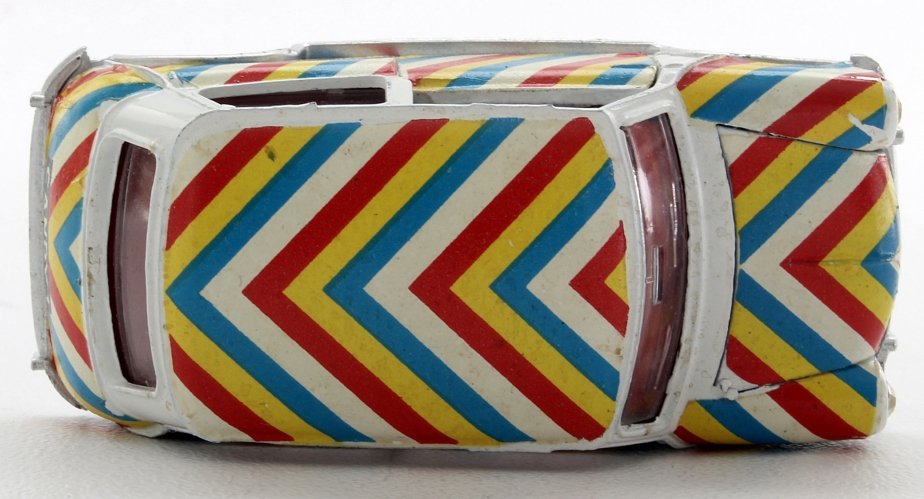 On the right hand side of the bottom plate the ‘183’ number was blanked but not replaced with ‘107’.

It was weird, very weird….

There was one variant which had spun wheels. The 106 Prisoner Mini Moke, produced at the same time also had these two different wheel types.

CANDY AND ANDY COMIC AND BOOKS:

In 1966 between the end of ‘Thunderbirds’ and the start of the ‘Captain Scarlet’ TV series, Gerry Anderson came up with a bold concept for a new project. He had already designed the Candy and Andy puppets to feature in a real life style comic strip. They were then  photographed by Doug Luke, which could then lead to a new TV series.

However, the new idea was given a unanimous thumbs down by television executives, but undeterred, Anderson turned his idea into a print franchise, spawning 154 issues of a comic and several books. The whole sorry episode lasted less than three years but it was long enough to screw-up a generation of under 5s. Welcome to the world of “Candy and Andy”: Candy and Andy were just like any other children, except that they are plastic and live with two panda bears called Mr. and Mrs. Bearanda. Why? No one knows. They all drive around in a Mini called Stripey, which was a very trendy car in the 60’s and suitably painted in the fashion style  of the time.

The 107 Mini was a pretty good replica of the car used in the comic series. Note: Lots of kids in the car and no seat belts, ah the heady free days of the sixties. This is one of the best Dinky boxes made. It’s bright and colourful and displays both the model and the supplied figures extremely well. 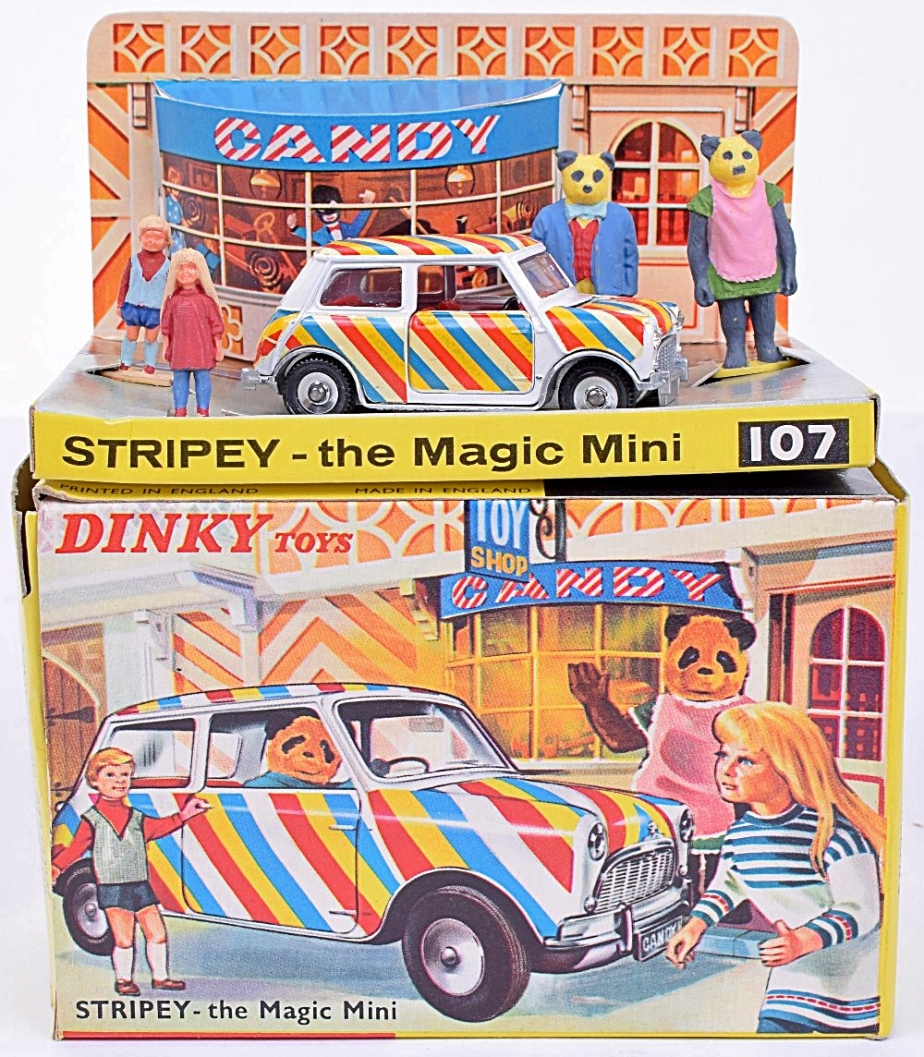 And for those who had no idea who Candy and Andy, or even the Bearandas were, the box provided a helpful explanation. Possibly leaving more questions than answers. 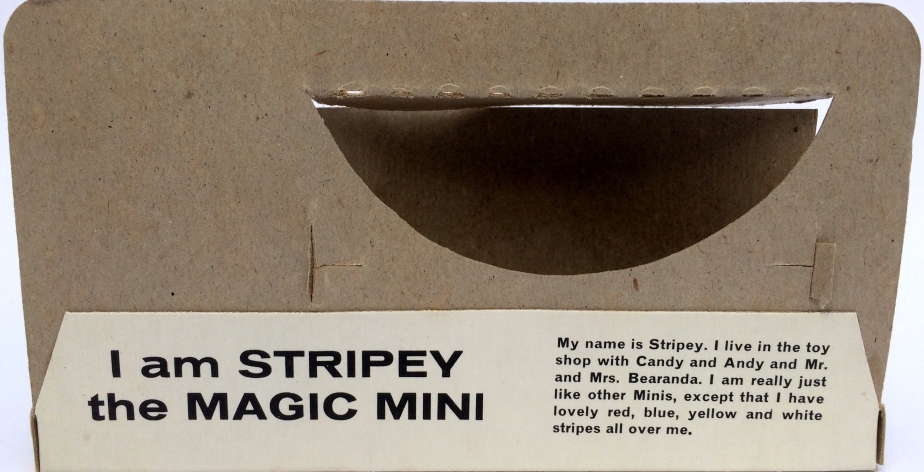 Low cloud over the toy shop. 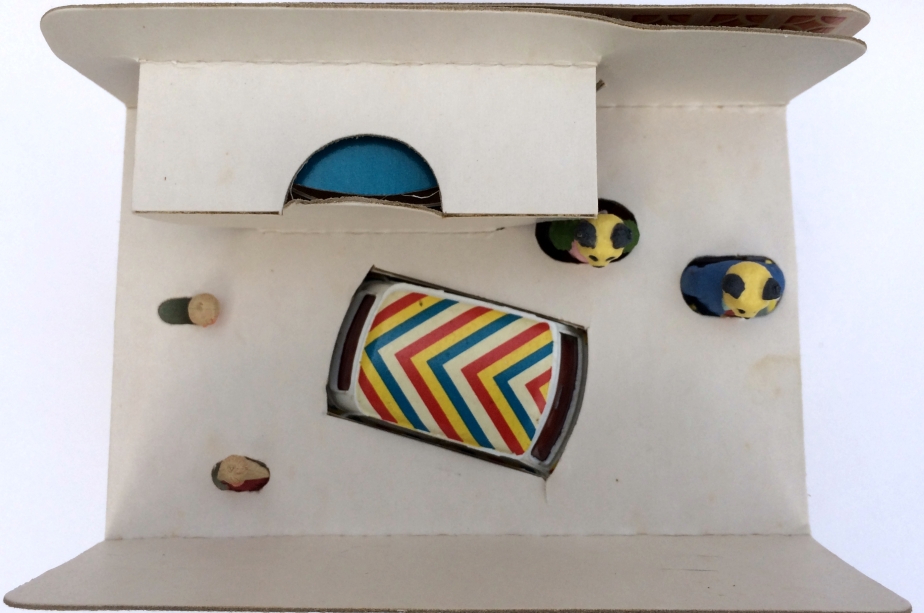 The Magic Mini only appeared in the 1968 catalogue. 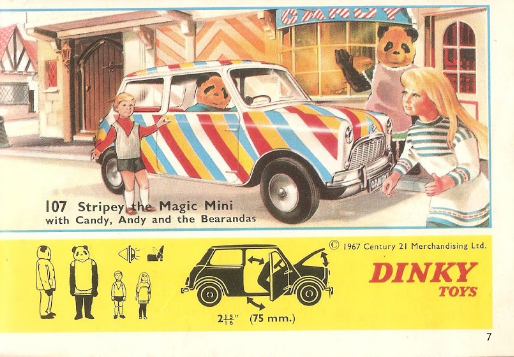